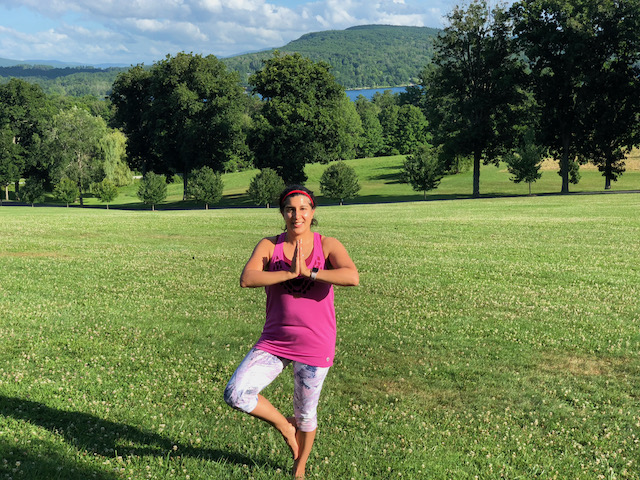 After nine years building a nonprofit, Monisha realized that she needed to take time away from work for perspective. Taking this step allowed her to be more present in her relationships, with both her family and herself.

Monisha initially didn’t see a viable career path connected to her passion around social impact. This led her to pursue consulting after graduating from college, giving her great exposure and mentorship even though she lacked real enthusiasm for the position.

Monisha had volunteered with local nonprofits before, inspired by her parents’ service activities, but it wasn’t until her mother passed away from breast cancer that she truly started to think about what she wanted to be doing.

To help discern this and to recover from her mother’s passing, Monisha took a three month leave of absence from her company. During this time, she worked for a nonprofit in India, allowing her to reconnect with her heritage. It was here that Monisha realized her business skills and passion for social impact could work together, leading her to pursue an MBA.

After business school, Monisha founded a nonprofit ProInspire, which was designed to expand talent pipelines into the nonprofit sector. Seven years in, Monisha began to hear about how it was common for nonprofit executives to take sabbaticals. Intrigued by this prospect, Monisha realized that she needed a mental break herself. She also wanted to spend time with her kids and ensure the organization’s stability in her absence.

She was able to develop a sabbatical policy for ProInspire, with the help of a board member, that allowed for one month paid and one month unpaid. As her sabbatical approached, Monisha chose to work with an executive coach to ensure she was making the most of it. Because her sabbatical was going to take place during the summer, it included existing plans with her family. However, it was important to Monisha that she also take a special trip with each of her kids to foster their relationships. She also made sure it included something restorative for herself.

A Time of Transitions and Healing

Time is the most precious resource we have – the sabbatical really reinforced that. It’s one of the best ways to stop and reset and figure out how you are using your time.

At first, Monisha didn’t feel as though anything was materially different in her life. It took a couple weeks to disconnect from her work identity and reconnect with things she didn’t normally have time for. She was able to take pottery classes, ride her bike regularly, and spend extended periods of time with her friends. Importantly, Monisha noticed that she enjoyed not feeling rushed or that she needed to always be doing something. This practice of not rushing extended to her time with her kids, as Monisha chose to drive with them for one-on-one vacations as opposed to flying. It allowed her to both spend more time with them and take things more slowly. During this time spent driving she also listened to the Hurry Slowly podcast, which got her to think about slowing down and living intentionally.

Monisha was also able to complete a weeklong yoga program at Kripalu Yoga Center in the Berkshire Mountains, which she describes as the highlight of her sabbatical experience. Outside of yoga, she was able to journal, read, and spend time outside. During this time, she felt herself being present in a way that she hadn’t been while she was connected to her job. It made moments with her kids that would normally feel mundade seem special, making her want to keep being more present with them in her post-sabbatical life.

If you’re working and have a family, you don’t always get to be present and enjoy it. The sabbatical gave me an opportunity to do that.

For founders, it enables you to have that disconnection to really think about your identity separate from the organization, which is better for the organization’s health.

Other than being more present with her family, Monisha emerged from her sabbatical with a fresh perspective on how her identity related to her work. She was able to conceptualize a career beyond this organization and how she wanted to move forward with it.

The key to this experience, Monisha believes, is disconnecting. Post-sabbatical, she opts not to take her computer on vacations and understands her role in the organization, although meaningful, as separate from her identity.

Previous StoryKimberly
Next StoryWhat Would You Do with 100 Days Away from Your Job?